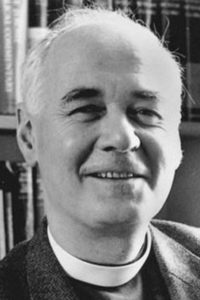 A major figure in the debate of science and religion, John Polkinghorne has written 26 books on this thought provoking subject that have been published worldwide, such as Science and Creation and Belief in God in an Age of Science.  Internationally known to be a physicist and theologian, he was once President of Queens’ College, Cambridge and   founding President of the International Society for Science and Religion. He was also a  professor of mathematical physics , lecturing many classes at the University of Cambridge. A fellow of the Royal Society, ordained by the Church of England and most recently Knighted by Queen Elizabeth for his distinguished service to both science and religion as well as learning and medical ethics. His most recent achievement however was winning the Templeton Prize due to the notable success he has had in his career in both the science and religious worlds respectively.

Nicholas has an outstanding reputation as a management consultant with expertise in information technology; on top of this he was also elected Freeman of the City of London in 1996, an impressive achievement for any man. Well known for his support of Christianity; he and John Polkinghorne are long-time friends and colleagues and have collaborated over 10 years on various projects such as books and articles they have co-written as well as the website which Beale for the pair which answers questions on Science and Religion where they both chime in on answer collaboratively. With Beale providing the initial response and Polkinghorne with his comments; they are tightly connected with their community, proving that they do not shine away from tough questions, certainly this website shows this as well as their book on the ‘Questions of Truth‘ which is based on the collection of questions which they recieve on the subject. 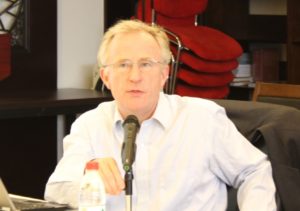 A strategic consultant and social philosopher, Beale has accumulated many tittles and achievements over the years; Liveryman of the Worshipful Company of Information Technologists, a Fellow of the RSA and the Royal Institution, and a member of the Royal Institute of Philosophy, the Institute of Directors, the Society of Authors and the Society of Christian Philosophers – he is most certainly not short on accolades.

Along with his long list of achievements and titles, Nicholas has also written or co-authored on a total of 11 books/publications, with some of that work even being published in the Harvard Business Review, The Sunday times and Prospect, and he was also listed in Debrett’s People of the Day. Educated at Winchester College (Scholar) and Trinity College, Cambridge (Scholar, Senior Scholar) he graduated in Mathematics and he learned much more from his soon to be long term college John Polkinghorne along with Béla Bollobás, Jeffrey Goldstone, Frank Adams to mention a few.

Continuing to learn through collaborations with Prof Martin Beale, Simon Peyton Jones, Geoffrey Rowell, Harold Thimbleby, and Collin Howson. He co-hosted a discussion/debate over one of his books with John Polkinghorne, at the Royal Society. Notably he organised the first colloquia on the Ethical and Spiritual Implications of the Internet in the House of Lords from 1997-2001, working alongside Richard Chartres, Dame Stephanie Shirley, Robert May and many other brilliant minds. In addition to collaboration with John Polkinghorne on various media’s he also worked with Martin Nowak on Evolutionary Dynamics as well as with Hava Siegelmann on investigation of certain properties of neural networks.